3 Ski Adventures Less Than an Hour From Québec City

Imagine a mountainous region with unreal ski conditions and incredible natural surroundings. Imagine it’s full of snow all winter long. Now imagine, in the heart of that destination, a UNESCO world heritage treasure considered one of North America’s most stunning destinations. And the ski hills are right up the road.

Something for Everyone at Mont-Sainte-Anne 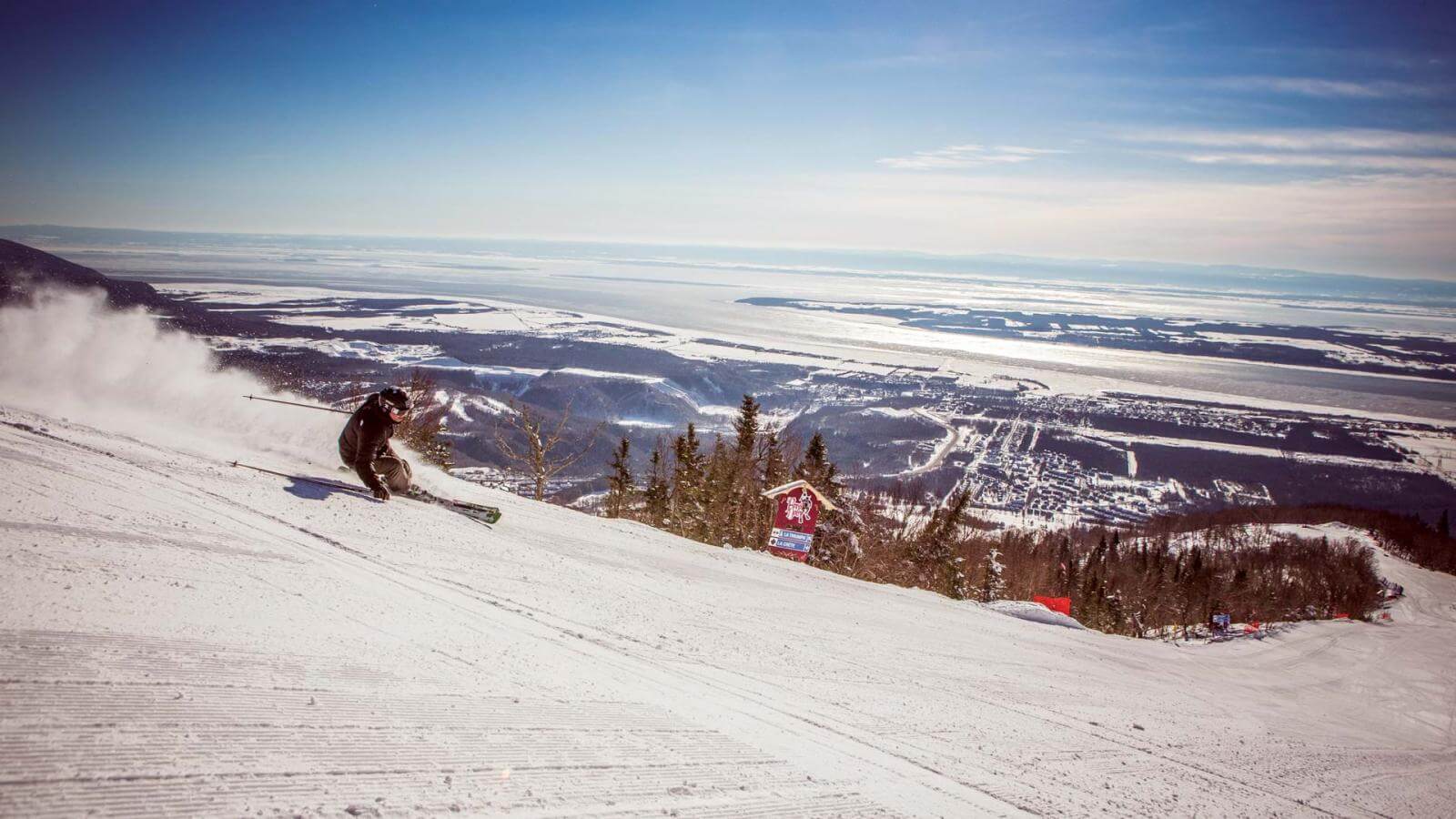 With 71 runs on three faces, Mont-Sainte-Anne has some nice challenges for skiers of all styles and abilities. The mountain looks out over the St. Lawrence River Valley and offers spectacular panoramic views of the St. Lawrence River, Île d’Orléans, and Québec City. The longest run, Chemin du Roy, stretches out over 5 km and is perfect for cruising down the hill as a family.

Don’t miss: The glades and its Enchanted Forest (kids activities), the moguls, the mountain Sugar Shack, and the steep slopes for advanced skiers

The River at Your Ski Tips at Le Massif de Charlevoix 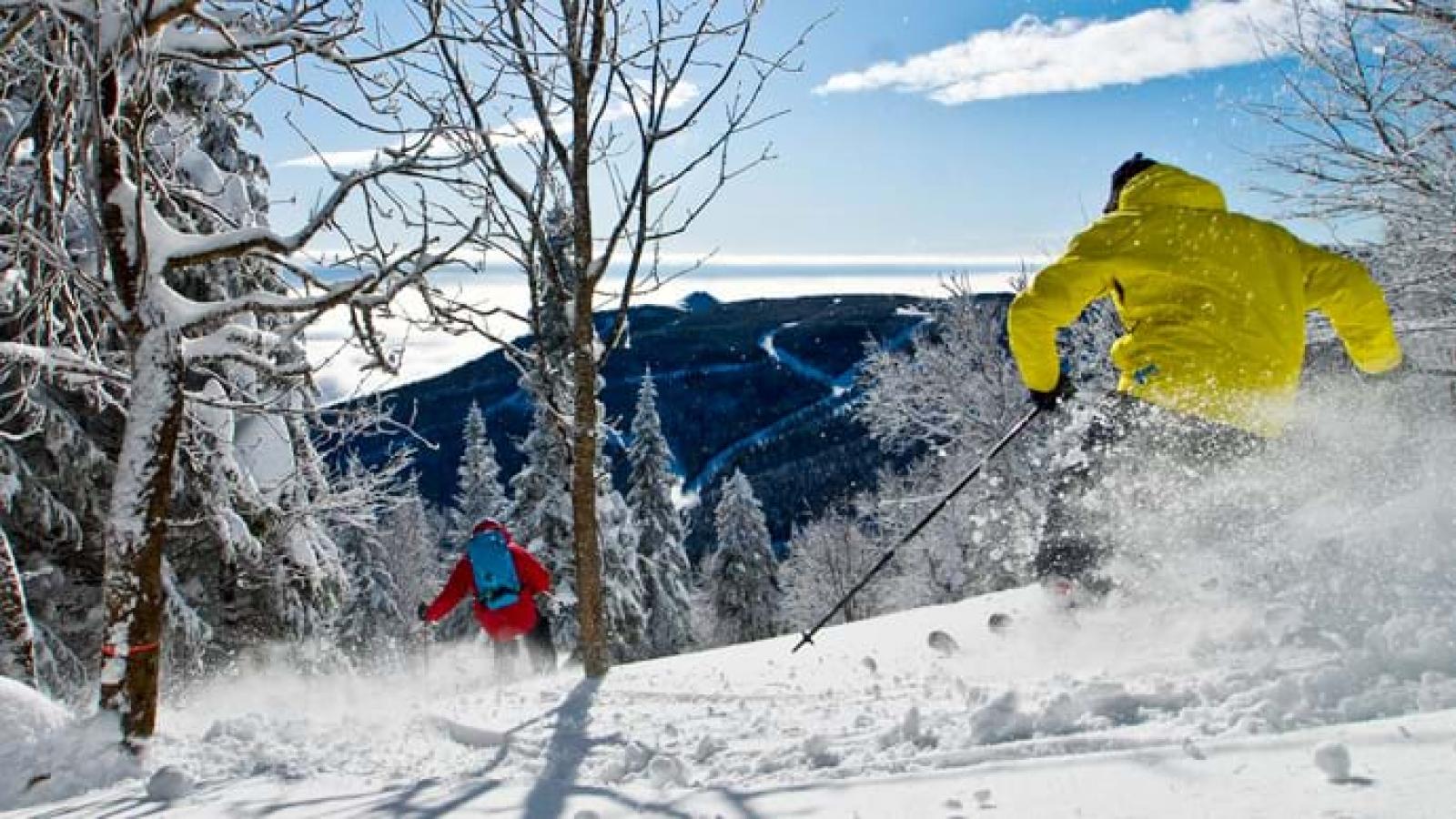 This spectacular mountain is home to the biggest vertical drop east of the Canadian Rockies (770 m). With the St. Lawrence River at the foot of the mountain, you’ll feel like you’re flying straight down into the sea. It’s wild! The hill has 52 runs in all, with plenty of glades.

Skiing under the Stars in Stoneham 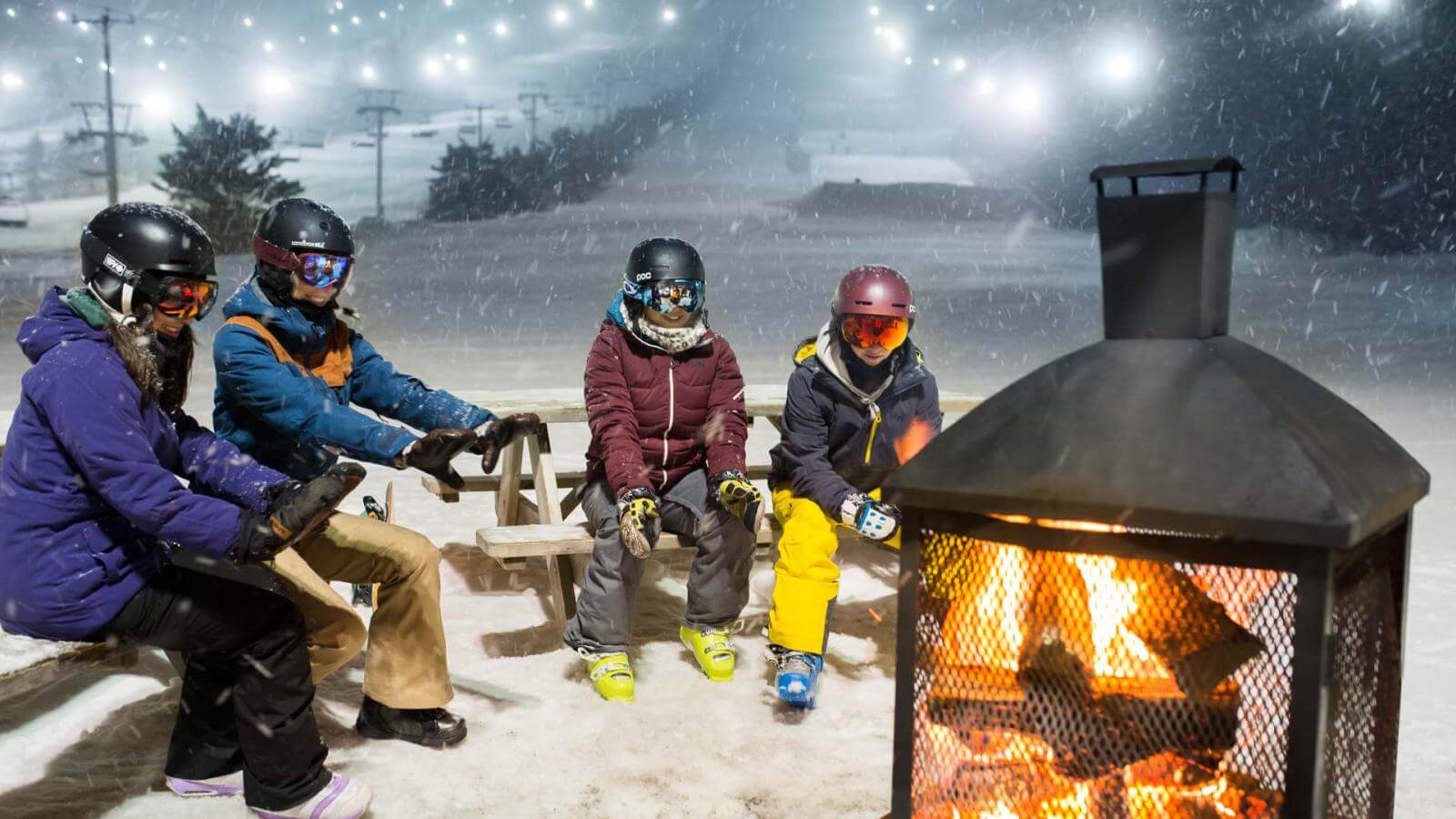 Looking for a friendly, laid‑back hill just 20 minutes from Québec City? This one has 43 runs spread across three mountains. With 19 trails lit at night, you can go for the day or head out after dinner and glide down the slopes under the stars.

Don’t miss: The province’s only Olympic halfpipe, the après-ski, the good eats, the festive atmosphere of bar Le Quatre-Foyers, and the fireside chats with friendly locals

1- Choose from a vast selection of hotels and inns : Ski Québec-Charlevoix has great deals that combine lift tickets and accommodation, so planning your trip is a breeze.

2- Decide on the day which mountain you want to ski—Mont-Sainte-Anne, Le Massif de Charlevoix, or Stoneham—with their “1 ticket, 3 mountains” offer.

3- With Ski Québec-Charlevoix, children 17 years and under ski free all season long.

What exactly is a content partner?
A content partner acts as a sponsor by paying for a post. Québec City Tourism retains editorial control over the content of such posts. Content partners can have a say in the approach or the subject of a post but are not involved in its creation.